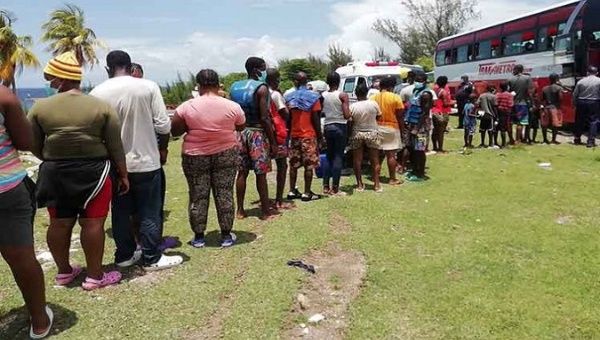 On May 25, a boat carrying 800 Haitian migrants bound for the United States arrived off the north-central coast of Cuba.

Cuban authorities responded by providing care and humanitarian aid to more than 800 people, including minors, who arrived at the coast of the municipality of Caibarien, in the central province of Villa Clara.

he Haitian migrants received medical attention and were transferred to a lodging center in nearby Corralillo.

The largest exodus of boat refugees since 2004.

Coast Guards have intercepted 7,100 people from Haiti & Cuba trying to come to the US. pic.twitter.com/4pJqlsGQ34

In line with international agreements on migration, Cuban authorities are in contact with the Haitian government to guarantee the safe and voluntary return of these people, according to information provided on the Cubadebate website.

Emigration to the United States has increased overwhelmingly because of the impact of the Covid-19 pandemic on the economies of Latin America and the Caribbean, according to a World Bank report.

A regulation allowing for the immediate deportation of migrants arriving at U.S. borders, that was implemented by the Donald Trump administration and upheld by the current President Joe Biden, is still in effect in the United States.