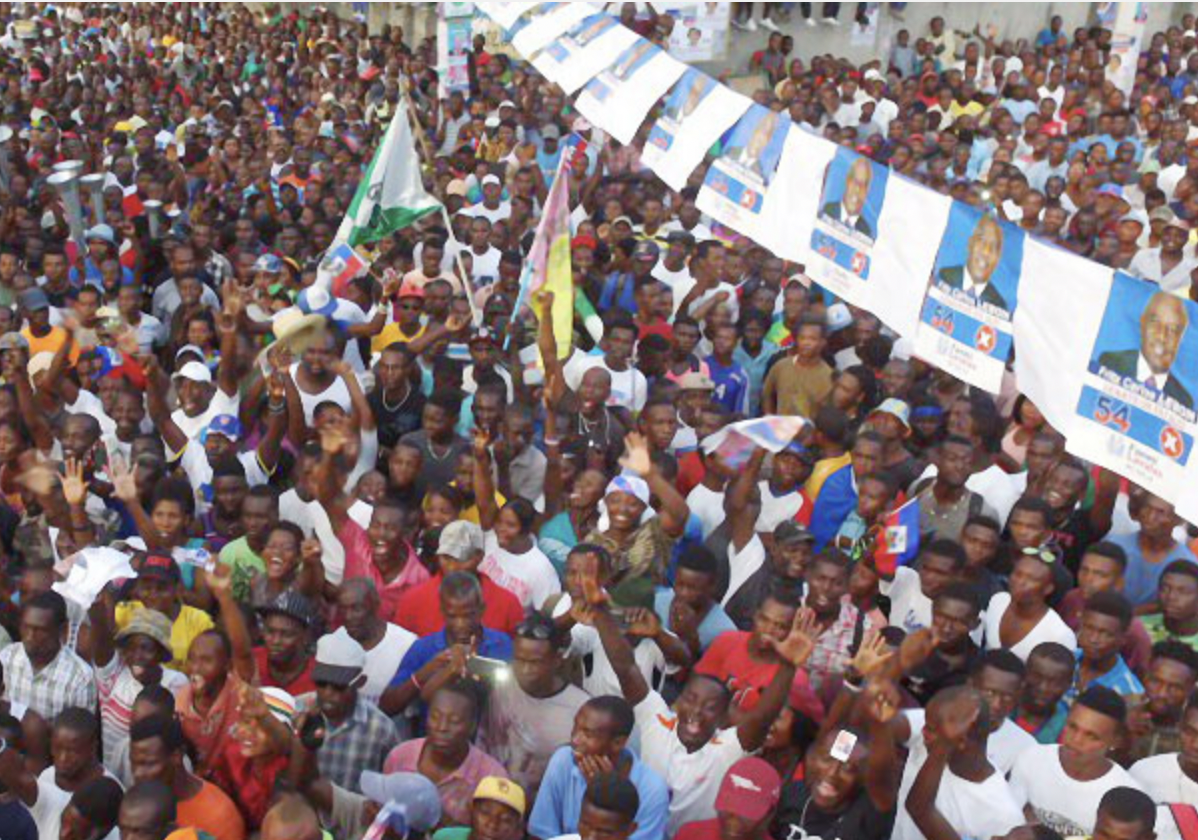 February 7th marked the expiration of the term of office for the illegitimate Haitian acting prime minister Ariel Henry. It also marks the date on which the Duvalier dictatorship was overthrown in 1986. Throughout Haiti, popular organizations are calling for the end of the Henry regime and the installation of a transitional government. Yet the Biden Administration continues to insist that Henry remain prime minister, with no mandate and no legitimacy.

Henry was appointed as prime minister by then president Jovenel Moise, shortly before Moise was assassinated. Moise was a corrupt dictator who took office after a series of stolen elections organized by the UN and denounced as “electoral coups” by the popular movement. His tenure was marked by continuous mass protests demanding his ouster. In the aftermath of Moise’s assassination, Henry was selected to rule Haiti by the so-called Core Group, consisting of the US, UN, France, Canada, Germany, Brazil, Spain, the EU and the OAS, which has maintained colonial control over Haiti’s government since the US-orchestrated coup d’etat that overthrew the democratically elected government of President Jean-Bertrand Aristide in February 2004.

As prime minister, Henry has continued the repressive policies of the post-coup occupation regimes, maintaining a reign of terror directed at opposition communities. Paramilitary groups aligned with police and other government security forces have committed a series of horrific massacres, kidnappings and rapes. With the prices of fuel and food soaring, and with the escalating insecurity and repression, Haitians have had enough.

In November 2018, Fanmi Lavalas, the people’s party of Haiti, issued a call for a transitional government, called Sali Piblik (a government of public safety) to stop the repression, end corruption and impunity, rebuild the economy and pave the way for free and fair elections. This call has been echoed since then by numerous popular organizations and opposition parties, all demanding that the current government step down immediately.

On August 30th, 2021, these groups, including Fanmi Lavalas, met at the Hotel Montana and signed what is known as the “Citizens Conference for a Solution to the Crisis” or Montana Accord for short, laying out the steps towards a transition to democratic governance in Haiti.

The Biden Administration and the Core Group have rejected the notion of a transitional government, insisting that Ariel Henry remain in office and organize a new round of elections. At the same time, they have attempted to sabotage the Montana Accord by intervening in the process, demanding the imposition of Henry and other members of his reactionary regime, and promoting their own choices for any new government that emerges, all in opposition to the letter and spirit of the Accord. This is a recipe for more stolen elections, more repression, more corruption, and more terror.

As it attempts to thwart moves towards ending dictatorship in Haiti, the Biden Administration has deported more than 19,000 Haitian refugees, in one of the speediest mass deportations in US history. Having fled from conditions produced by US policy in Haiti, they are now being sent back into the US-created nightmare they fled.

This is a time for all of us to stand in solidarity with Haiti.

Stop the expulsions and deportations of Haitian refugees! End all support for the Ariel Henry dictatorship!