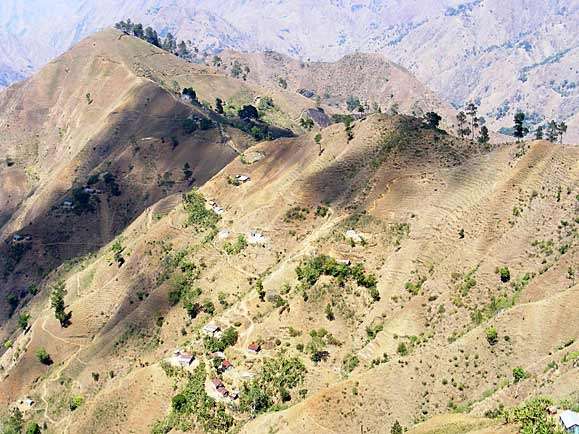 The loss of more than 99% of primary, virgin forests in Haiti is triggering an ongoing mass extinction of reptiles, amphibians, and other species. This deforestation is the main threat to species globally, more than disease, climate change or invasive species. 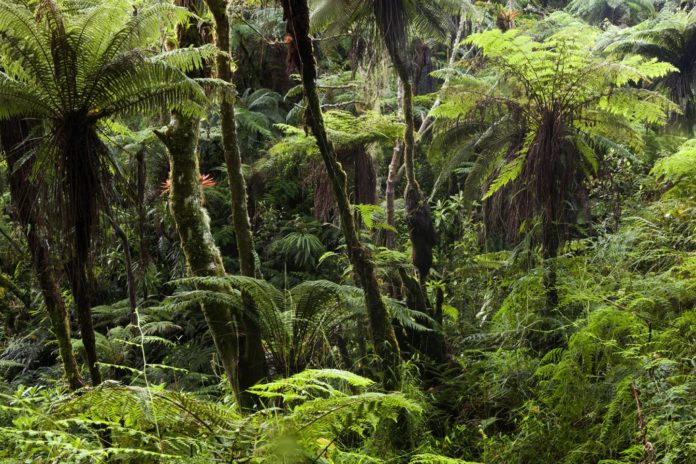 Virgin primary forest on Haiti’s Massif de la Hotte near Macaya Peak. Credit: Claudio Contreras
That is the conclusion of a research collaboration that includes Temple University biologist S. Blair Hedges, director of the Center for Biodiversity, and Laura H. Carnell, Professor of Biodiversity. Among their findings: 42 of the country’s 50 largest mountains have already lost all of their primary forests.

“Haiti is one of the first countries in the world to have lost almost all of its original forests,” says Hedges. “A lot of the mountains each have their own endemic species, so when the primary forest is gone, the inference is that many species – including some that have never been identified – are most likely also gone.”

The findings – published Mon., Oct. 29 in the prestigious Proceedings of the National Academy of Sciences – suggest that in less than two decades Haiti will lose all of its remaining primary forest cover and, as a result, most of its endemic species will disappear. Endemic species are those that occur in only one area and nowhere else in the world.

Hedges, the study’s lead author, as well as collaborators Warren Cohen of the Oregon State University College of Forestry and Joel Timyan of the Audubon Society of Haiti, have all studied forests and biodiversity in Haiti since the 1980s. Zhiqiang Yang, now with the U.S. Forest Service but an OSU College of Forestry research associate during this study, was the fourth co-author.

Haiti is a densely populated nation of nearly 11 million people where most of the domestic energy production comes from wood charcoal. Haitians are cutting their forests primarily for charcoal and agriculture.

The researchers’ analysis of aerial photography and Landsat images showed that between 1988 and 2016 the portion of Haiti’s land covered by primary forests shrunk from 4.4% to just 0.32%. Moreover, mountaintop surveys of vertebrates showed that species are disappearing along with the trees.

Most reports of forest cover and deforestation in tropical nations fail to make a distinction between primary forest and previously cut ones. Instead, they use the United Nations Food and Agriculture Organization’s definition of “total forest” which can have as much as 90% of the trees missing. The researchers concluded that the reporting of primary forest, not total forest, should be the standard worldwide, for understanding the human impact on biodiversity.

“Expanded detection and monitoring of primary forest globally will also improve the efficiency of conservation measures inside and outside of protected areas,” says Cohen.

The National Science Foundation and the Critical Ecosystems Partnership Fund supported the research. The Center for Biodiversity is one of 12 interdisciplinary research centers within Temple University‘s College of Science and Technology.